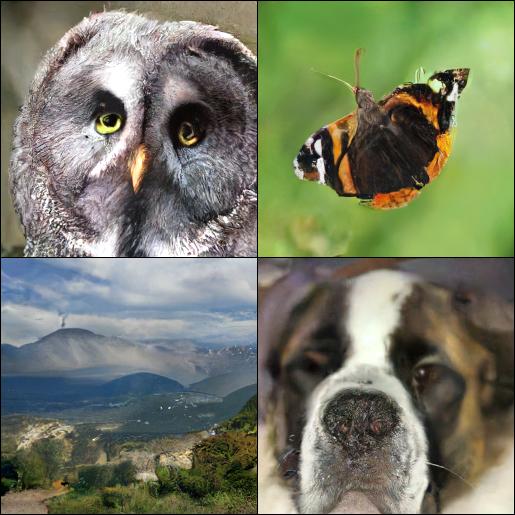 256x256 class-conditional samples from our model.

We hierarchically stack discrete autoencoders to allow likelihood models to capture long-range structure in images. This allows us to generate realistic images at resolutions of 128x128 and 256x256 with autoregressive models, which had not been shown before!
arXiv
Samples for all classes of ImageNet 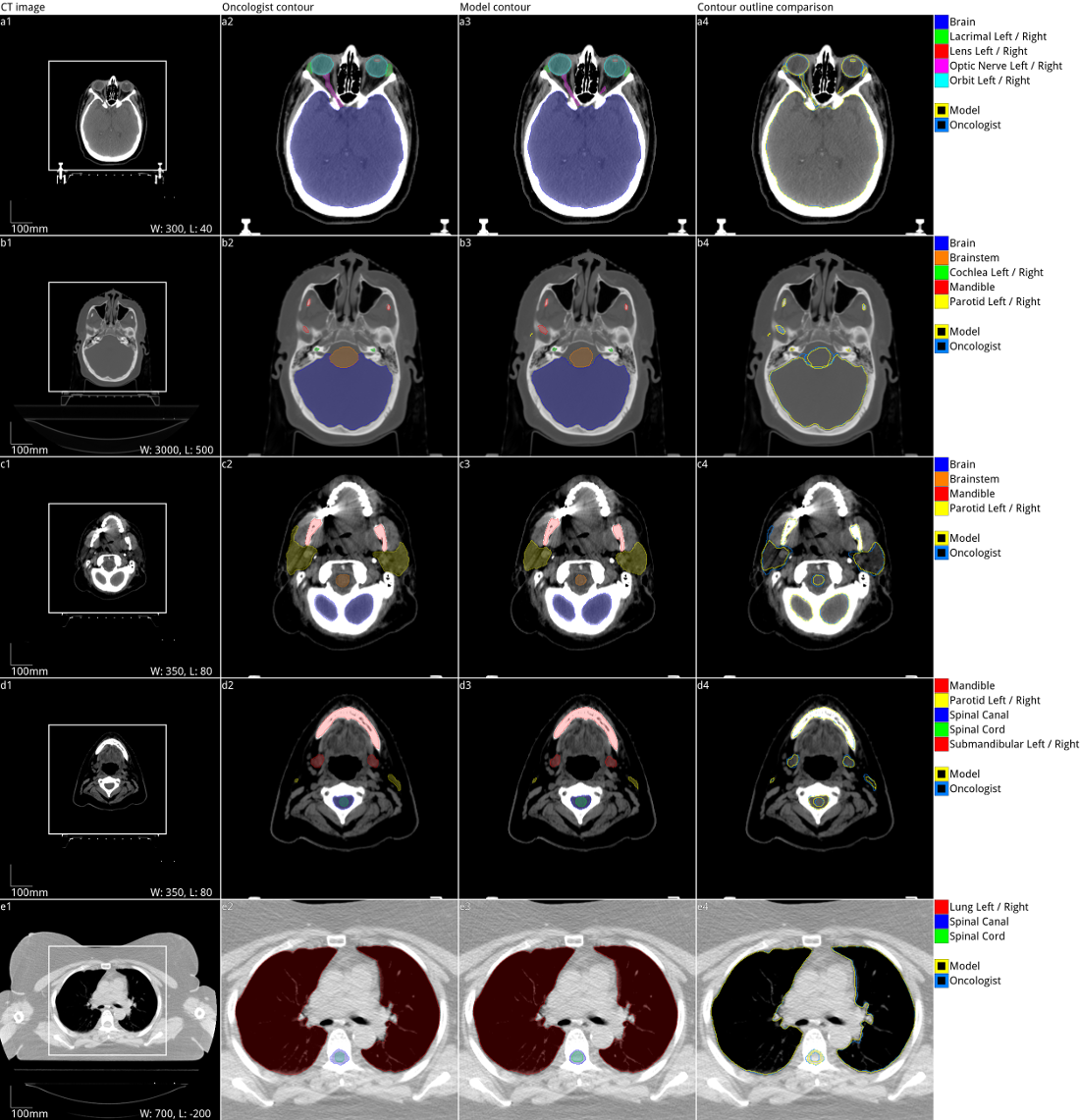 Example segmentations of the model vs the oncologist.

We propose a model for segmenting the organs at risk in 3D Computed Tomography (CT) scans for the planning of radiotherapy treatment. Improvements in such a segmentation could result in improved and faster treatment.
arXiv
Open-sourced augmentation
Open-sourced surface distance metrics 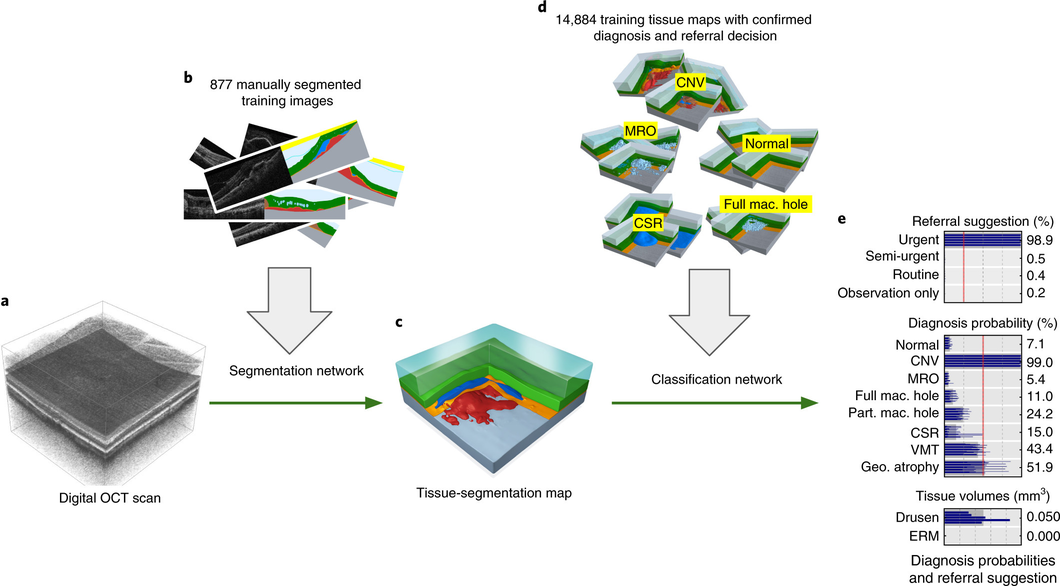 Our proposed two-stage architecture trained with sparse segmentations and diagnosis and referral labels.

We propose a two-stage architecture that consists of first mapping the original (noisy) 3D Optical Coherence Tomography (OCT) scan to multiple tissue-segmentation hypotheses, and consequently using a classification network on these tissue maps to infer diagnosis and referral probabilities. On these tasks we achieve expert-level results or better. One benefit of the two-stage architecture is that it allows for much quicker transfer to different device types, as demonstrated in the paper.
Nature Medicine article
Open-access link
BBC article

Schematic representation of the effect of the our proposed operations, cyclic slice, roll and pool, on the feature maps in a convnet.

We propose some simple, plug-and-play operations for convolutional neural networks that allows them to be partially equivariant or invariant to rotations.
arXiv

Pairs of fundus images of the eye after the first layer in the convolutional neural network.

The past almost four months I have been competing in a Kaggle competition about diabetic retinopathy grading based on high-resolution eye images. In this post I try to reconstruct my progression through the competition; the challenges I had, the things I tried, what worked and what didn’t. This is not meant as a complete documentation but, nevertheless, some more concrete examples can be found at the end and certainly in the code. In the end I finished fifth of the almost 700 competing teams.